The Bolaven Plateau in southern Laos is famous for its great scenery, ethnic villages, and traditional coffee farms. It also has some of Southeast Asia's most spectacular waterfalls, including Tad Fane (Paksong), Tad Tayicseua (Paksong), and Tad Champee (between Pakse and Paksong).

The plateau’s elevation ranges between 1,000 and 1,350 metres above sea level, so the weather in general is milder than most places in Laos. It can get rather chilly at night, so packing a jacket is a good idea if you’re planning a visit to the Bolaven Plateau.

Bolaven Plateau was named after an ethnic group, the “laven” who lived here. During the late 19th century, this area was annexed by the France who planted coffee here. This started the coffee plantation culture.

The Plateau was heavily bombed during the Vietnam war as it was a strategic vital location for both the North Vietnamese and the Americans.

- Hot-dry (February to May)

As the rainy season starts, the average temperature is around 25C which increases to 31C as it approaches the cool-dry season. The temperature may soar as high as 34C and drop as low as 22C. Do expect lots of rain during this season especially in the months of July and August. It is advisable to be extra careful when traveling on the dirt roads as it could be wet and slippery due to the rain. However, do expect strong and beautiful waterfalls during this season as the rain replenishes the source of the waterfall.

During cool-dry season, the average temperature hovers around 30C and temperature may drop as low as 21C and as high as 35C. The coldest month will be in January. This is the best time to visit Bolaven Plateau as it has a comfortable and cool temperature. However, do take note that it gets pretty chilly after sunset, so do remember to bring warm clothing to stay warm.

How to get to Bolaven Plateau

The easiest way to go to Bolaven Plateau is to go from Pakse town. From Pakse, one could take a bus or motorbike and travel approximately 38km to reach Bolaven Plateau. They could also join a day trip out of Pakse that visits Tat Lo, Tat Fan, Tat Phasuam waterfalls, a coffee plantation and ethnic minority villages in Plateau which costs around 150,000k per person.

Getting around Bolaven Plateau

Most of the roads are closed except for the dirt roads that lead to most of the waterfalls. These dirt roads are still in good condition and a good way to travel these roads is by 100cc and 110cc motorcycles. Motorcycles can be rented in Pakse or in Tat Lo. However, in Tat Lo, only a small amount of motorcycles is available for rent, unlike Pakse.

One good way to travel is through the Pakse-Paksong-Tat Lo-Pakse loop which takes around one whole day. You can also travel more by going for the Southern Swing. Please take note that most of the maps given out from the motorcycle rental shop have an inaccurate scale of the area, misrepresenting the distance needed to travel from one place to another.

Transportation from Provinces to Pakse

Transportation from Pakse to Provinces Sabaidee Valley is spectacularly designed and landscaped in Bolaven Plateau – highland in Champasak,... Paksong Danngarm Hotel is a distinct addition to Pakxong and smart choice for travelers. From here,... A hideaway for the chosen few, Falls view resort is surrounded by sounds of nature and greenery and... In the heart of the Bolaven Plateau, Sinouk Coffee Resort welcomes all visitors to experience Lao ho...

Price From:
$ 45
Previous
Next For three months, Buddhist monks retreat into their temples to read the teachings of Buddha and meditate. There are also hardly any weddings and pa... 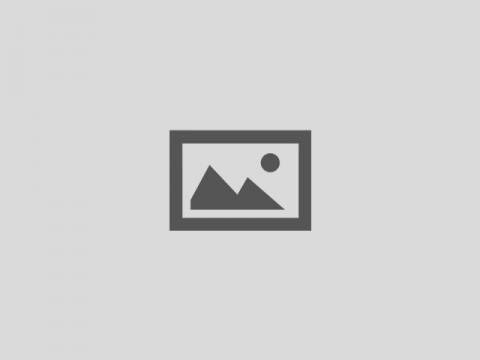 For 3 days and 3 nights, the monks take turns to read about the life of King Phavet. It is said that he ruled over his father’s kingdom...

To commemorate its creation, Laos celebrates National Day on the 2nd of December every year.

It was against the backdrop of the Cold War&...

Boun Visakhaboucha is a Buddhist festival that falls usually on the full moon day of the sixth lunar month. It is a very significant event as it ma...

Boun Makha Busa or Magha Puja is a Buddhist festival in Laos that falls on the night of full moon day, in February.

Are you sure want to cancel this booking ()?

Are you sure that you would like to cancel?

Its will take 3-5 Bank working days to process any valid cancellations refund.